I sat across from Neal at the cafe, doing my best to attentively listen to him. But a question was nagging at me. I couldn’t shake it or figure out the answer to it. Had I met this man before? He looked so familiar to me. I was sure this was the first time we’d been out on a date, but had we previously met at a friend’s party? Maybe I recognized him from a random sighting at Trader Joe’s or Safeway. Did we go to the same gym, or did he catch my eye as I passed him on the street one day? 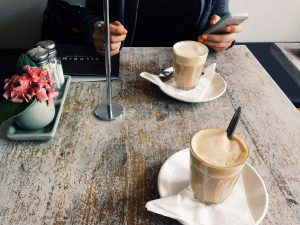 I kept our conversation flowing smoothly as I worked on solving the mystery. Neal was chatty, as was I, and we easily traversed from one topic to another. I liked his dry, subtle sense of humor. He made me laugh occasionally. I felt comfortable enough with him to share a few stories about my family, my upbringing, and some of my trips to Europe.

He had that all-American look that I like but, for some reason, rarely date. Neal reminded me of Ricky Schroeder from his NYPD Blue years, but an early 50s version of the actor. Neal’s eyes were sky blue and like most middle-age men, there were crow’s feet settling into their outer corners.

But there was more to those eyes. It’s said that our eyes are our tells. As I looked deeper into his while sipping my green tea and listening to him talk about a recent movie he’d seen, I recognized a sadness buried behind them. Maybe even remorse. Had I only paid attention to his positive tone and friendly mannerisms, I wouldn’t have detected the melancholy that was burrowed within him.

The first email that Neal has sent me on Match.com had also been upbeat. The week it landed in my inbox had been a hectic one at work. I’d quickly scanned through the photos he’d posted on his profile. Neal was the outdoorsy type, or at least that’s how he was portraying himself online: all of his photos showed him hiking, kayaking, golfing, or fishing. I hadn’t been camping in over two decades and don’t do a lot of water sports, but I figured, why not meet him? The man was attractive and seemed like the adventurous type. He’d probably be interesting enough for an hour’s-long conversation and maybe we’d hit on a connection. I had agreed to have coffee with him, or in my case, tea.

When our cafe conversation inevitably arrived at the topic of our careers, Neal told me he was a CEO of a financial software company. Then he mentioned the company’s name and I immediately realized where I’d seen him before. The mystery was solved! It was in his office. I’d applied for a job at his company and he had interviewed me for it six years earlier.

The Neal I met back then had projected an air of arrogance. I remember him sitting behind his large oak desk perusing my resume as I watched, silently. He talked about the company’s ambitious goals and how he could only achieve them if he hired people with degrees from top universities. I was squeamish and, some reason, hunger set in. My stomach started rumbling. I had sat there hoping only I could hear it.

I answered all his interview questions but knew as the words came streaming from my mouth that my answers could have been better. There had been an air of condescension in the way he spoke to me, which threw me off. I rambled at times and wasn’t explaining my accomplishments and the value I could bring to his team as well as I could have. I left his company that day not wanting to work for him and sure that I wouldn’t be offered the position.

How was that guy the same man who sat across the table from me at the cafe?

When Neal started talking about his divorce and what it had been like for him to start anew, the answer fell into place. His life had changed dramatically. He only saw his pre-teen kids on the weekends and had gone from living in a large suburban house to a condo in the city. Neal no longer viewed his job and work as important as he once did. He talked about creating time for other things.

I listened, trying to maintain a carefree, natural smile on my face, while conducting an internal debate about whether I should tell him that this wasn’t the first time we were meeting. Was it that important to relive the past? I didn’t want to make things awkward between us. The man who seemed so confident, perhaps overly so, all those years ago had been humbled. He’d become more accessible, more empathetic. I liked this incarnation of Neal a lot more than the previous version. Why go backwards? I decided to keep the revelation to myself.

After he’d finished his coffee, and I my tea, we walked out of the cafe into the warmth of a Sunday springtime afternoon. We said our goodbyes and headed off in opposite directions.

A few days later, Neal emailed and asked me out again. I thought about how emotionally raw he had seemed from the breakup of his marriage. He wasn’t in the right place to start a new long-term relationship yet and I wasn’t interested in a short-term fling. I’d taken on the “Florence Nightingale” role with too many recently divorced men already. It hadn’t ever worked out well for me. I’d help those men rebuild their self-esteem and in time, they’d adjust to their post-divorce realities. For various reasons, the relationship would eventually end and another woman would eventually reap the benefits from the time and effort I’d put into helping the divorcee through what was often the darkest period of his life.

I had finally realized that my time was too valuable to make that large an investment in another divorced man. I emailed Neal back and politely declined his invitation. I wished him well and meant it. He deserved to be happy. We all do. 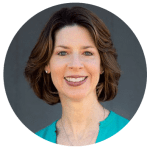 Jodi knows that dating can be challenging - especially in your late 30s and beyond. A successful businesswoman, she found herself navigating the dating world later in life. Jodi realized there was no place that demystified the dating scene and offered support, inspiration and camaraderie to female daters in midlife. That’s why she created First Date Stories. She is also the founder and President of Espoir Ventures, LLC, the company behind First Date Stories. 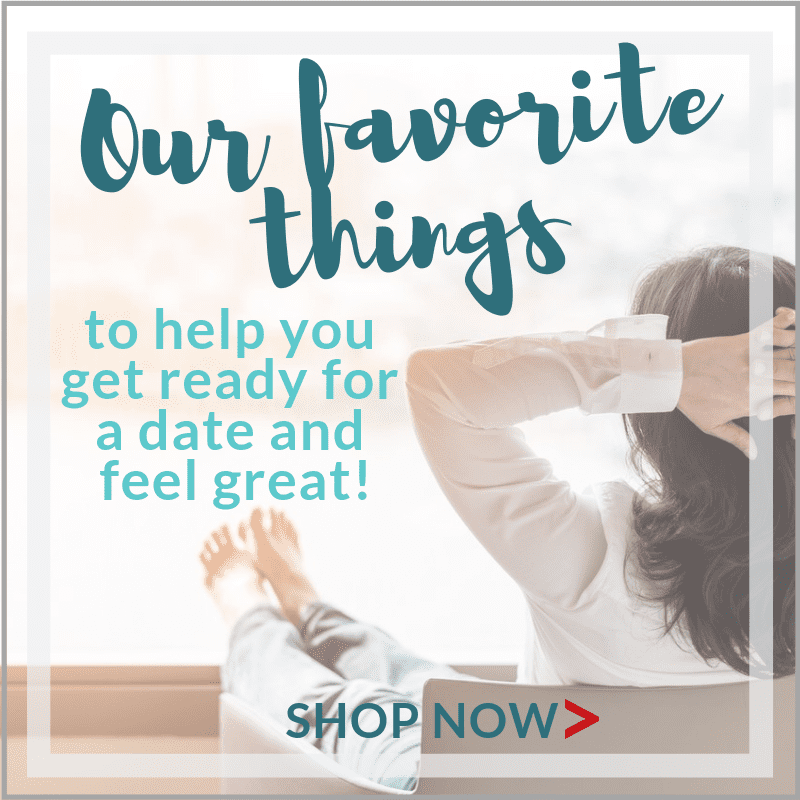 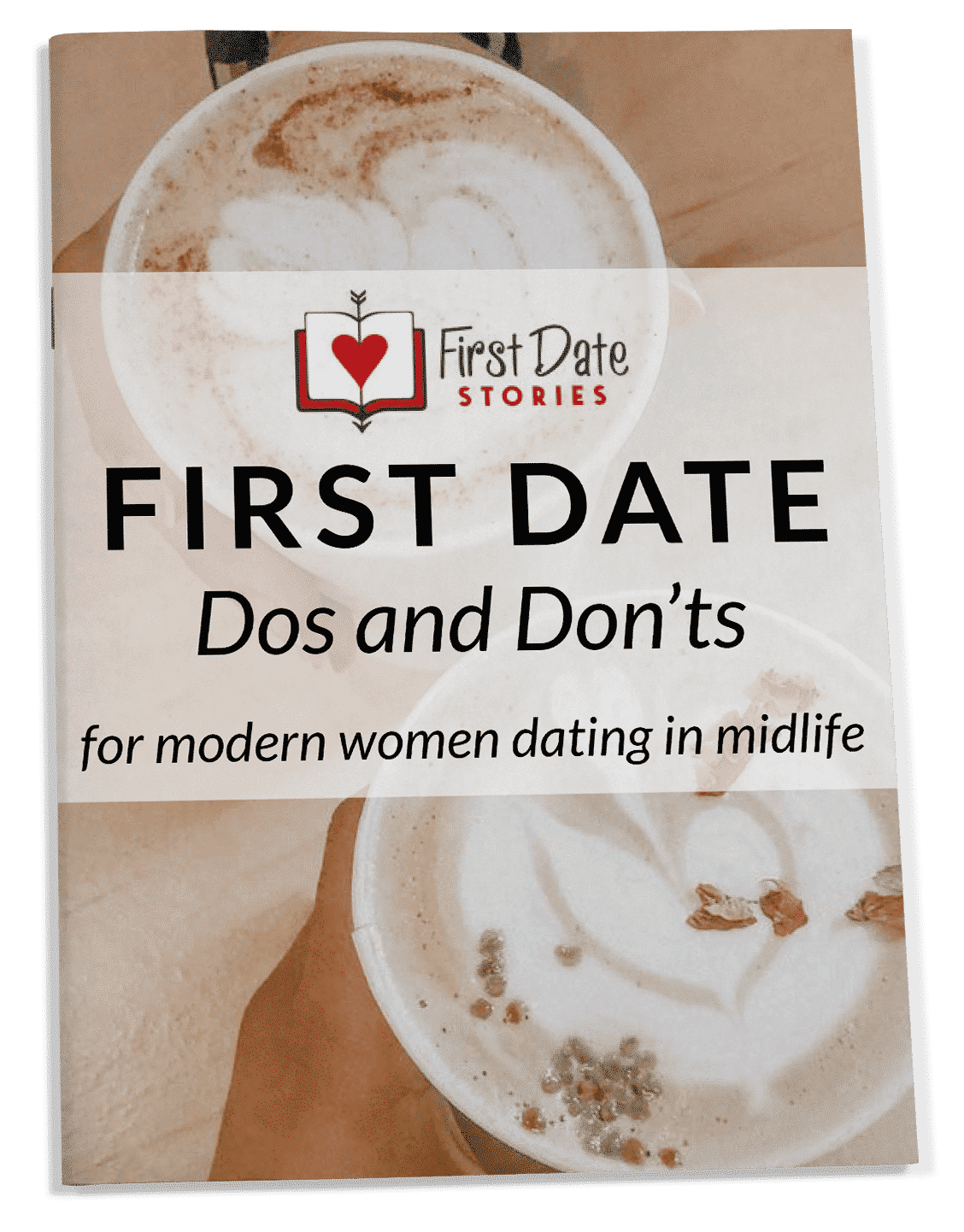 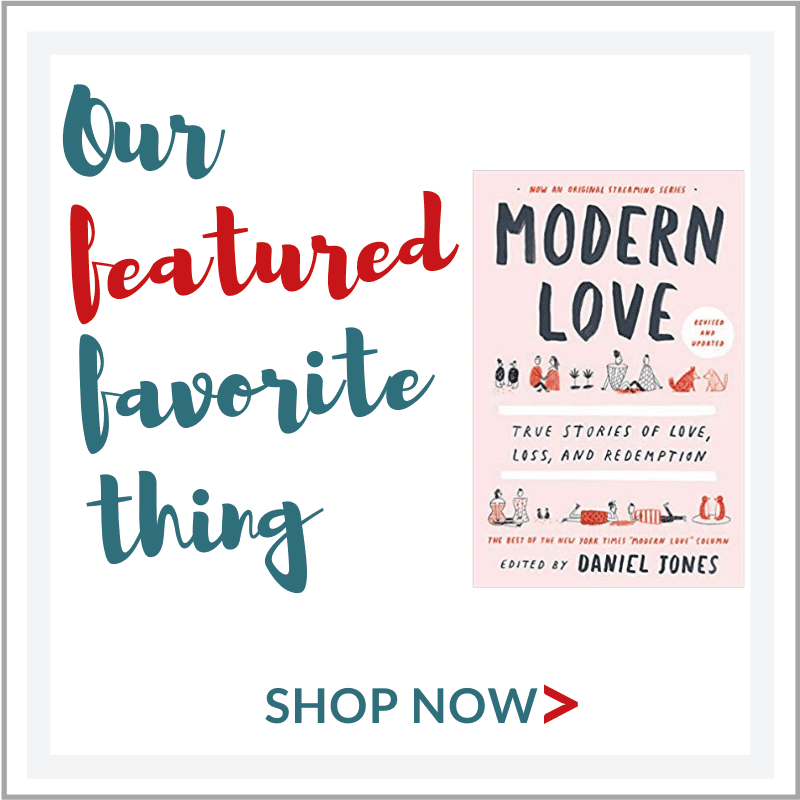 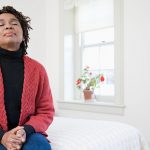 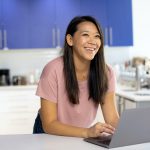 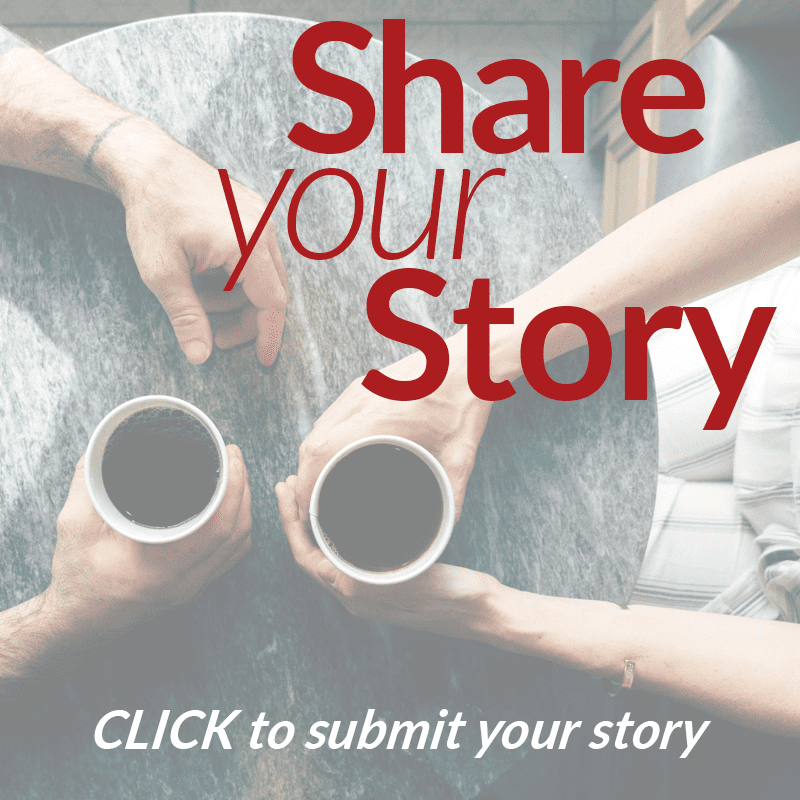